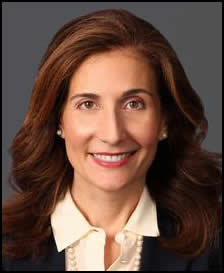 Lisa J. Pino has been named Director of the Department of Health and Human Services’ Office for Civil Rights (OCR) and replaces Robinsue Frohboese, who has served as acting OCR Director since President Trump-appointed Roger Severino resigned from the post in mid-January.

OCR is the main enforcer of compliance with the Health Insurance Portability and Accountability Act (HIPAA) Privacy, Security, and Breach Notification Rules, the Patient Safety and Quality Improvement Act, and Patient Safety Rule, as well as as well as enforcing federal civil rights, conscience and religious freedom laws.

Pino is from New York City, a fluent Spanish speaker, and the first-generation daughter of immigrant parents. She completed a B.A., M.A., and J.D. at Arizona State University with honors, and Harvard Kennedy School leadership program as a National Hispana Leadership Institute Fellow.

Pino has served as legal aid attorney in the Southwest, fighting to protect the rights of migrant farm workers. Her civil rights activities carried on while working for the United States Department of Agriculture (USDA) where she served as USDA Deputy Administrator of the Supplemental Nutrition Assistance Program (SNAP) and USDA Deputy Assistant Secretary for Civil Rights.

While at the USDA, Pino drafted and championed USDA’s first gender identity anti-discrimination program regulation along with its first USDA limited English proficiency guidance. Pino played a key role in ensuring minority farmers had access to benefits awarded through class action settlements through her direction of USDA’s outreach and engagement activities.

Pino is a former senior executive service who was also appointed by President Barack Obama and served at the U.S. Department of Homeland Security (DHS) as Senior Counselor. There she played a key role in the mitigation of the largest federal data breach in history, the 2015 hacking of the data of 4 million federal personnel and 22 million surrogate profiles, by renegotiating 700 vendor procurements and establishing new cybersecurity regulatory protections.

Most recently, Pino served as Executive Deputy Commissioner of the New York State Department of Health, the agency’s second-highest executive position. During her time in the role, Pino spearheaded the state’s operational response to the COVID-19 pandemic and programming for Medicaid, Medicare, Nutrition Program for Women, Infants, and Children (WIC), Hospital and Alternative Care Facility, Wadsworth Laboratories, Center for Environmental Health, Center for Community Health, and AIDS Institute.

“Lisa is an exceptional public servant, and I am delighted to welcome her to the role of the Director of the Office for Civil Rights at HHS,” said HHS Secretary Xavier Becerra. “Her breadth of experience and management expertise, particularly her hand in advancing civil rights regulations and policy at the U.S. Department of Agriculture (USDA) during the Obama-Biden Administration, will help ensure that we protect the rights of every person across the country as we work to build a healthier America.”